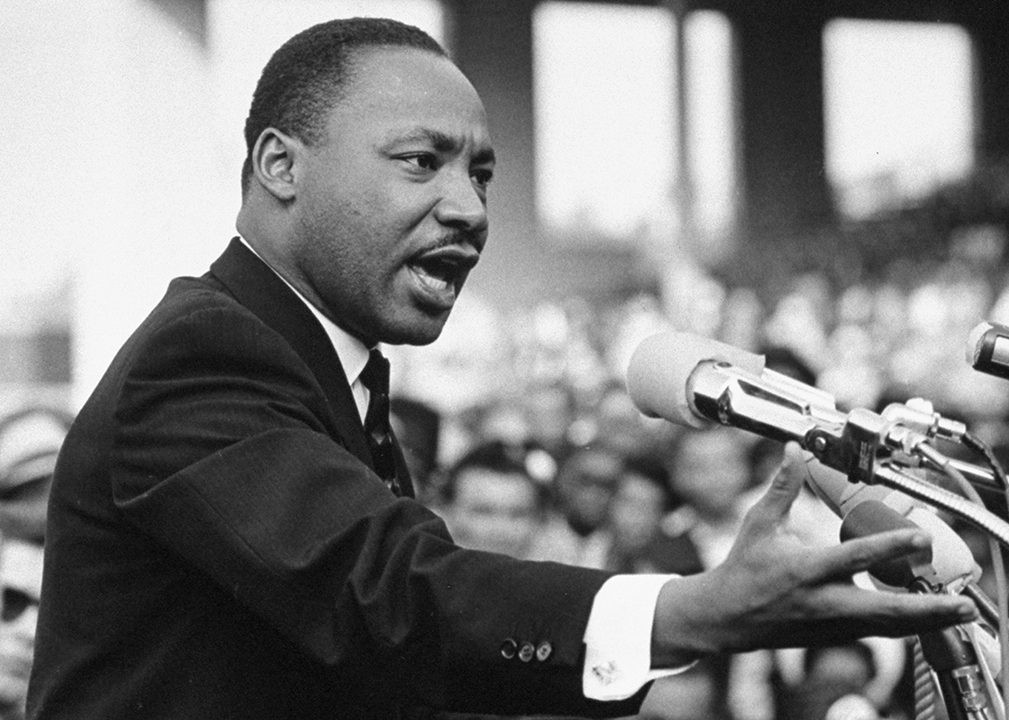 Many historians surmise that the final speech delivered by Rev. Dr. Martin Luther King, Jr., just a day before his assassination, was a stark departure from his usual tenor of untiring optimism. Though there are most certainly notes of frustration and moments of despair in his rhetoric, Dr. King’s last publicly spoken words remained steadfast to his unwavering politic of non-violence and self-sacrifice as mechanisms for social change. Those tenets professed by Dr. King over 50 years ago serve as Hetrick-Martin Institute’s framework for creating a more equitable and just world for the young people we serve and their families.

Aptly titled “I’ve Been to the Mountaintop,” Dr. King’s final speech called for resolute support of Black sanitation workers in Memphis striking for better compensation and safer work conditions. He urged those in attendance to “develop a kind of dangerous unselfishness.”  This unselfishness, which could have resulted in grave harm for public supporters, was considered by Dr. King as necessary to win this campaign for equality. He ultimately posits, “The question is not ‘If I stop to help this man in need, what will happen to me?’ The question is ‘If I do not stop to help the sanitation workers, what will happen to them?’ That’s the question.”

We ask similar questions of our supporters and ourselves in this moment: if we do not stand in solidarity with the movements that aim to make the lives of our youth better, what will happen to them? What will happen to our society?

On the 35th anniversary of Rev. Dr. Martin Luther King, Jr. Day, Hetrick-Martin Institute calls upon our elected officials and government leaders to fulfill his dream by passing budgets that adequately fund schools and community resources, so those entrenched in poverty can have a chance at living a life with dignity. HMI challenges school leaders across New York City to adopt and enforce policies that are anti-racist, queer- and trans-affirming, and less punitive and more transformative, so that our young people are equipped with the tools and skills necessary to lead us into a new and better day. HMI implores faith leaders to confront and question antiquated misreadings of religious texts, so that LGBTQIA+ youth know their most authentic selves are not in conflict with their spiritual beliefs.

May the next time we commemorate the life of Rev. Dr. Martin Luther King, Jr. be a day when we are much closer to realizing his dream of true equality for all.

HMI Issues Statement Regarding Capitol Insurrection
Next Post: A Triumphant Victory for the Trans Community in New York