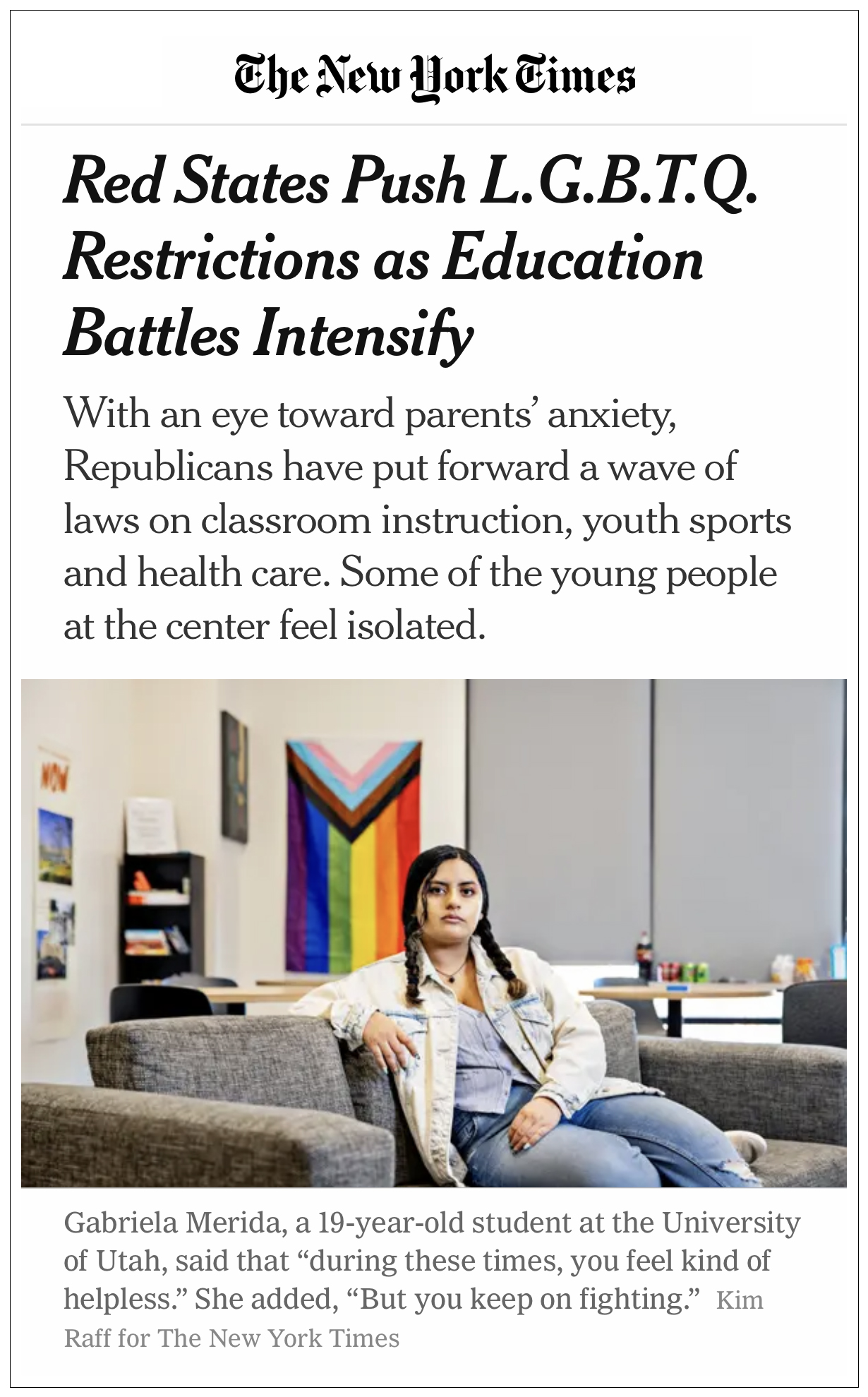 It’s appalling that politicians across the country are threatening the mental and emotional well-being of LGBTQIA+ youth in an obscene and clearly political game centered on winning seats and grabbing power.

While not a new strategy, using culture wars that target queer youth, as part of a political campaign, threatens the mental and physical health, education and lives of young people, who are already struggling with hate, marginalization and a host of disparities. What’s more dispiriting is the media outlets empowering these political operatives by providing them a platform to broadcast false narratives to the public. These tactics endanger the safety of some of the most vulnerable members of our society.

It is time for serious leaders and all communities to mobilize in an effort to put an end to the war that is being waged on the backs of defenseless queer youth. A focused and intentional strategy to deny the civil rights and liberties of LGBTQIA+ individuals must not be tolerated. It’s frightening to think of how many more young people will suffer if we let politicians continue down this reckless and destructible path.

As it stands, there is already a high-volume of mental health challenges being reported among LGBTQIA+ youth across the country. The Centers for Disease Control and Prevention (CDC) in a recent report cited that 1 in 4 youth surveyed who identify as gay, lesbian or bisexual attempted suicide during the first half of 2021, and almost half (46.8%) of that same population considered suicide during that time frame. The consequences of this political theater will only add to these alarming numbers.

The requests for mental health services from Hetrick-Martin Institute (HMI) youth have eclipsed all requests for other areas of support over the past year. In our more than 40-year history, we have never seen anything like this.

Politicians manufacturing fear of LGBTIQA+ individuals by weaponizing gender identity and sexual orientation is crass, cruel and terrifying in its apparent effectiveness. Legislation geared toward legitimizing anti-queer or anti-trans rhetoric will only lead to increased tolerance for violence and hate crimes toward LGBTQIA+ individuals, and it can very well result in irreversible long-term mental health problems and increased suicide risk for queer young people.

We cannot stand by and must work collectively to combat what is happening in our country. HMI will continue to push leaders to counter these policies, actions, laws and hate speech that robs young people of their human rights, dignity and joy.