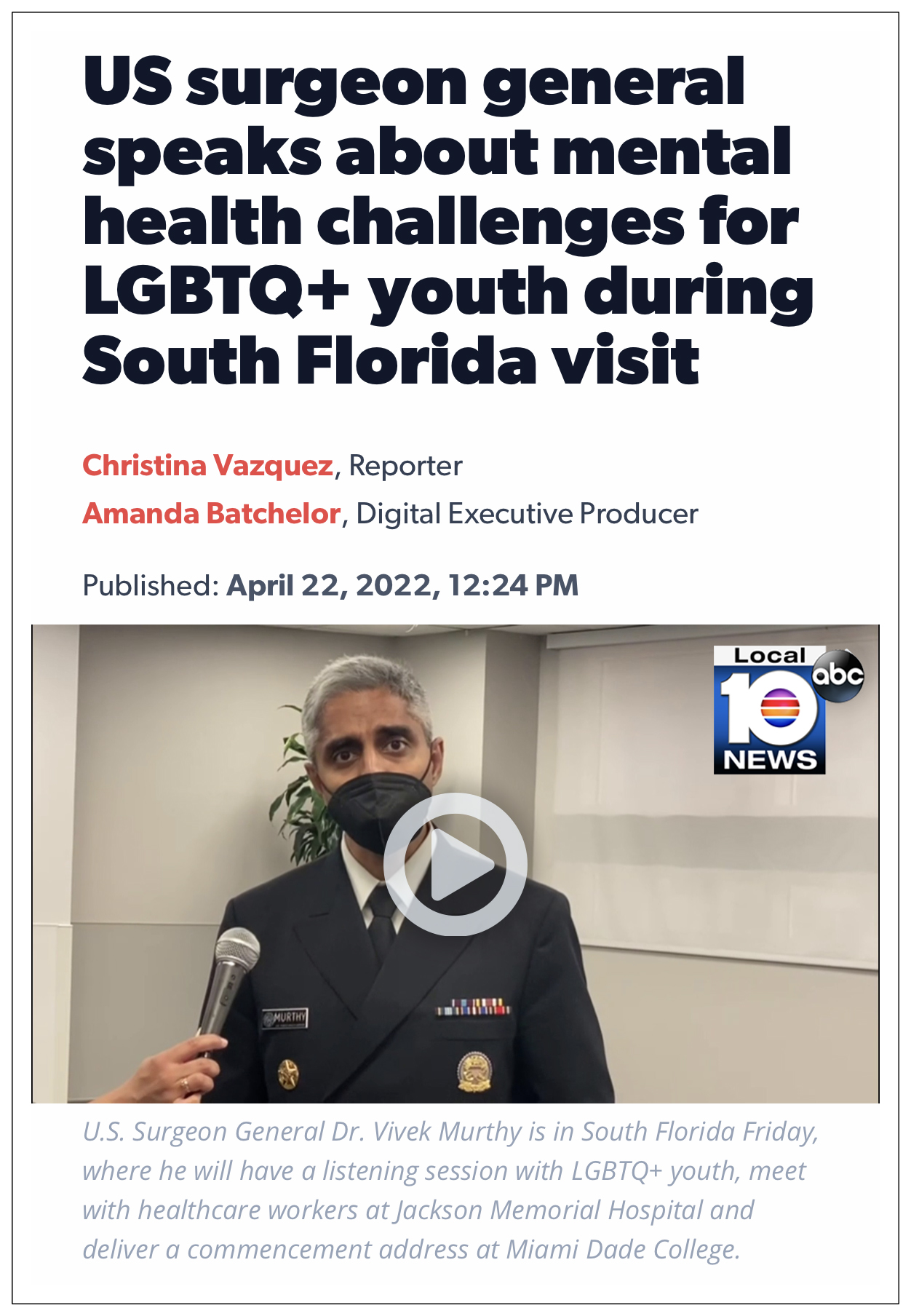 As part of the recommendations in Murthy’s Youth Mental Health Advisory last December, it indicated that LGBTQIA+ youth and racial and ethnic minorities have unique mental health needs that should be addressed. Now with Florida’s new restrictions in place, it was important for the Surgeon General to hear from the youth themselves.

Dr. Murthy remarked, “They are, in fact, feeling threatened by recent rules and legislation that have been passed in various parts of the country.”

“I think we have to consider the impact on the LGBTQ community when we put forth new rules, whether they govern conversations at school or whether they govern the kind of medical care they should be offered,” he added, pointing out that “LGBTQ youth have a significant higher rate of suicide and mental health concerns”.

Hetrick-Martin Institute CEO Joe Pressley is grateful to the Surgeon General for issuing a public statement regarding the welfare of LGBTQIA+ youth and the potential added risks that may result from this new legislation. In response, Mr. Pressley has issued the following statement:

At Hetrick-Martin, we have witnessed the ramifications both the pandemic and recent legislation have had on the youth we serve. The growing number of young people on the waiting list for mental health services is real. The increase in suicide ideation and attempts is real. The physical harm and depression young people are reporting is real. The lives that are being destroyed is real. And as a nation, the need for an urgent response in the way of action, not only words, is real.

While we’re happy to see our claims substantiated with new reports, research and studies released by the medical community, we’re still faced with addressing the growing mental health crisis among LGBTQIA+ young people, amid the increasing number of political attacks on their sexual orientation and gender identity. As more states inspired by Florida issue similar legislation targeting the LGBTQIA+ community and in particular, trans youth, we run the very real risk of seeing a national crisis on our hands.

Queer youth—daughters, sons, brothers, sisters, nieces, nephews, grandchildren—will suffer, some with dire consequences, simply because the primary concern of some politicians is appealing to their base under the guise of “parent rights” as we approach the midterm elections. We must do better and act quickly for the health and safety of the young children or adolescents we all love and know. It’s time to band together to create a coalition to combat this war on LGBTQIA+ youth.