This year Hetrick-Martin Institute (HMI) proudly celebrates 40 years as the nation’s largest and very first LGBTQ Youth Services organization. In 1979, Dr. Emery Hetrick and Dr. Damien Martin learned of a homeless 15-year old boy who had been beaten and kicked out of his emergency shelter because he was gay. In response, they along with other concerned adults, created the Institute for the Protection of Lesbian and Gay Youth, which was renamed in 1988 in honor of Dr. Hetrick’s and Dr. Martin’s commitment to service of LGBTQ young people.

An all-inclusive “how to” program manual for community stakeholders and service providers on evidence-based best practices for serving LGBTQ youth within their own non-profits.

A comprehensive organizational assessment that enables organizations to fully assess their readiness for working with and serving as safe and inclusive service providers and places of employment for LGBTQ people.

This year is especially monumental as it also marks the 50th Anniversary of the Stonewall Uprising, for which our CEO, Thomas Krever is a Stonewall Ambassador, and it is also the first year in its 20-year history that World Pride will be held in the United States, in our spectacular city.

We hope you will join us in celebrating these momentous events throughout the year. Follow us on social media, sign up to receive email updates and visit our website regularly for the latest developments and events.

Help HMI continue its focus on promoting excellence in the delivery of youth services and making this world a safe place for all LGBTQ young people.

“We wouldn’t be in a position to celebrate these 40 remarkable years without the loyal support of our donors, board members, partners, advocates, alumni, staff and volunteers. They are the reason countless LGBTQ youth have prospered and flourished, and today share their own successes by paying it forward and helping young people who may be experiencing similar circumstances. This is a true manifestation of the work HMI does, which continues to evolve as we aim to extend our reach to communities across the globe where services are safely and easily accessible to all LGBTQ young people.” – Thomas Krever, CEO

HMI Over the Years 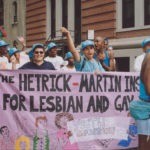 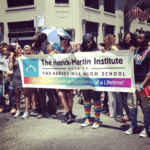 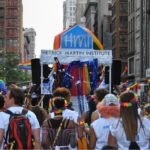 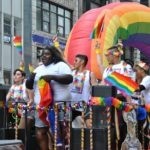 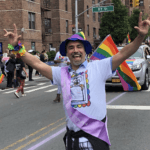 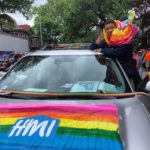